In 2013 the Airports Commission, established by the government, published a report, concluding that South East needs an additional runway by 2030 and possibly a second additional by 2050. The biggest pressure falls onto Heathrow Airport which currently runs at its full potential and there is no doubt that it needs a new strategy. Although, proposal to create a new hub airport on the Isle of Grain in the Inner Thames Estuary by Foster and Partners experienced contradictory evaluation, most likely Heathrow site will be vacated for new homes and jobs. Supported by Mayor of London three distinguished architectural practices were asked to come up with visions of what Heathrow City could look like. Rick Mather Architects, Hawkins\Brown and Maccreanor Lavington presented their visions at NLA this July. All foreseeing future trends in urbanism and city planning raise fundamental question: what could be the model of self-sustaining town?
Hawkins\Brown architects’ approach push three broad ideas: airship port, factory for homes and green belt. Capturing the spirit of air travel and adventures they exploit the potential of growing airship market, commercial aspects of freight travel and distribution. Parallel, new models of housing development are proposed. Concept, called Factory for Homes, offers opportunity for online design customization which relies on digital technologies and local fabrication. Most importantly, it considers a need for rejuvenation of ecosystems and natural habitats. Green Belt within a Green Belt would be one of the greatest London parks offering series of programs including localized food production. 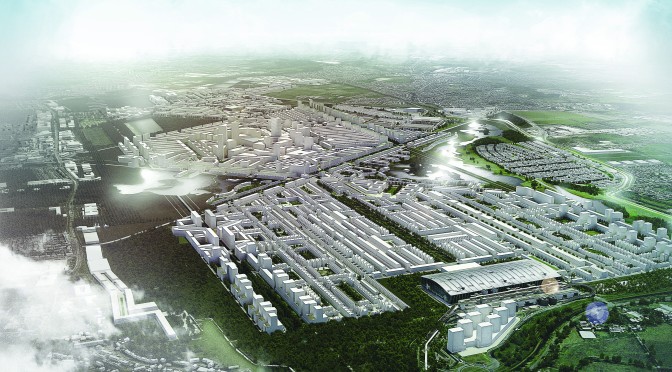 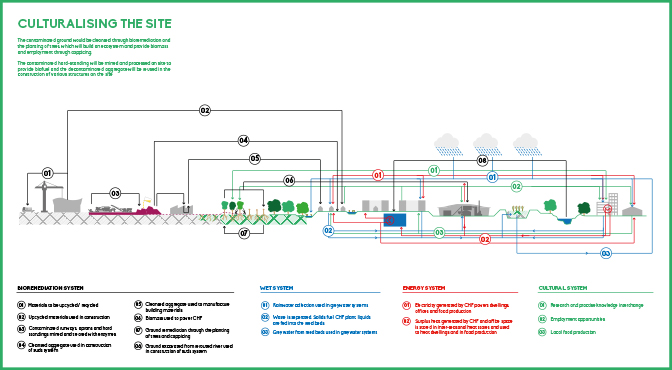 What future cities will look like? These three projects represent variety of design approaches, from illustrative to programmatic, but highlight few themes in common: need for local green infrastructure, which offers more than decorative value, and serves as habitat, source of fuel and food; escape from prescriptive nature of conventional development and have freedom to design and build one’s living environment.

The Landscape is a collective blog published at the University of Greenwich, London. The Landscape Architecture and Urbanism programmes are focused on the speculative design of future landscapes, cities and territories informed by site-focused research.