London as it could be now 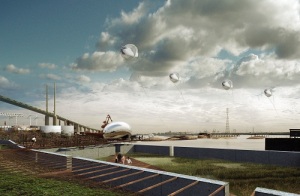 On Sunday five multidisciplinary teams of landscape architects, engineers, ecologists and architects presented their visions for London As It Could Be Now at the Royal Academy. The was part of a design workshop organised in collaboration with The Architecture Foundation and Rogers Stirk Harbour + Partners. The multidisciplinary teams presented new ideas for sites along the length of the tidal Thames to a jury of experts.

There is currently an exhibition of the proposals at the Royal Academy until September.